We are delighted to have joining us as a guest speaker Armando Raish from Biotecture, who will be talking about living walls and sustainability. (http://www.biotecture.uk.com/)  Biotecture is a designer and supplier of hydroponic, modular living wall systems, an innovative, UK based company, managing projects across the country, and working with partners in Scandinavia, mainland Europe, North America and the Middle East. Their vision is to transform urban architecture for the well-being of people and planet through innovative use of vertical greening. They work on principles of collaboration, integrity and excellence, believing that their shared expertise will bring the best results.

Image is from the http://www.biotecture.uk.com/living-walls/ page.

Please register online to attend – only registered attendees will be allowed into Malta House. Late registrations may not be allowed entry. Guests must either be invited or accompanied by a named MBN member. If you wish to attend but do not know any MBN members, kindly contact us at events@maltabusinessnetwork.com

Please note you will also need to carry a photo ID for security purposes. 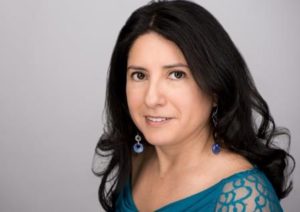 Liliana Reasor was recently on a speaker panel in New York discussing blockchain and new technologies. She will give us her insights on block-chain technology, its usage and application across industries, especially in the light of Malta’s digital strategy and our members interest in this new technology.

With 20+ years of experience in the FinTech and Finance industries, Liliana is now the the founder and CEO of SupraFin, the first global vetted token platform on the blockchain (www.suprafin.io). She is heavily involved in the FinTech / Blockchain startup ecosystem in Europe and is considered a FinTech / Blockchain thought leader. She is a regular FinTech / Blockchain speaker, panellist, investment judge and working group member at top global FinTech / Blockchain and finance events. She was selected as one of the Top 100 Global FinTech Women Influencers and Leaders in 2015, 2016 and 2017 by Innovate Finance. Prior to becoming an entrepreneur, she worked in the FinTech and investment banking industries (M&A, trading, capital markets, and corporate lending) at JP Morgan, Bank of America, Deutsche Bank, Morgan Stanley, and Moody’s Analytics in the US and UK. Liliana has a M.S. in Computational Finance from Carnegie Mellon and an MBA from UCLA.

Please register online to attend – only registered attendees will be allowed into Malta House.

Guests must either be invited or accompanied by a named MBN member. If you wish to attend but do not know any MBN members, kindly contact us at events@maltabusinessnetwork.com

Please note you will also need to carry a photo ID for security purposes.

Our guest speaker is Ms Kirsten Galea who will give a brief overview of Weston Williamson+Partner (WW+P)’s portfolio of transport projects from the last 30 years’ experience – including a number of flagship stations such as the Jubilee Line Extension at London Bridge and Crossrail Paddington Station. These and other projects have acted as catalysts for regeneration, supporting new homes, leisure, commercial and cultural quarters.

WW+P have a parallel portfolio of projects that compliments and works hand in hand with their transport work. A master planning portfolio beyond urban planning projects is emerging with skill sets around the technical challenges of delivering new development on and around railways. These are predominantly TOD (Transport Oriented Development) projects that grapple with land use change, implications for established settlements and developing architectural typologies, which aim to address land use intensification and flexible development plot accommodation.

In her presentation Kirsten will also introduce WW+P’s most recent innovative project, an in-house parametric tool for master planning that will help WW+P’s master planners to quickly test options and instantly obtain data such as plot ratio, GEA, GIA, FAR, units per hectare, etc, which manually is usually extremely time consuming. This tool may be specifically tailored to our client’s requirements and allows WW+P utmost flexibility of going back and forth in the workflow.

All images used are courtesy of Weston Williamson+Partners. 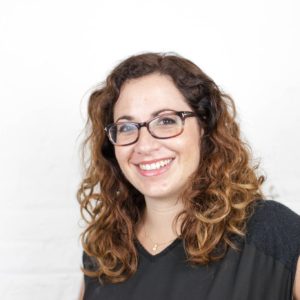 Kirsten studied architecture and civil engineering at the university of Malta and today is a Senior Associate at Weston Williamson+Partner (WW+P). She has been involved in the design stages of a variety of complex transport projects, including detail design and coordination at construction stage. Currently part of the London studio, she has also worked for WW+P in Kuala Lumpur, Sydney and Melbourne. Kirsten is a co-founder of Women@WestonWilliamson, board member of Women in Transport and member of NAWIC, pushing the envelope for women in Architecture, Construction and the Transport Industry. In 2016 she also made it into the RIBA Journal Rising Stars shortlist.

During Peter Manning’s talk at the MBN UK March Meeting, he talked about Malta 2020 and the association with The Victoria and George Cross Association.  They are looking for assistance through donations and support. If anyone is interested please contact Peter Manning directly on peter@manningcamerata.com.

A powerful concert will be presented in 2020 at the Manoel Theatre, Valletta, Malta to honour the selfless valour and gallantry encapsulated by the awards of the Victoria Cross and the George Cross.  These awards are the highest bestowed in the United Kingdom and the Commonwealth for acts of selfless valour (see extra sheet for more detail).  The aim is to draw to the attention of a wider public the importance of these awards and concepts.  It will also draw attention to this exceptional and beautiful island whose people throughout its history have suffered and endured so much as its strategic position has caused it to be the stage on which the future of Europe was fought over. The Island of Malta GC is one of two collective awards of the George Cross, awarded by King George VI in 1942 for the island’s stoic and dogged resistance to Hitler’s covetous and brutal bombardment.

The concert will feature the Malta Philharmonic conducted by Peter Manning.  Opera superstar, Joseph Calleja and rising star Nicola Said will bring a selection of arias from the great heritage of Italian and German opera.  They will share the stage with a local a cappella group who will showcase the music of Malta.  Peter and the orchestra, with violinist Carmine Lauri (co-Leader of the LSO), will perform two English greats and the concert will end with the music of Russian composer, Mikhail Glinka.

The intention is that the concert will be filmed by Kriss Russman, film-maker and world leading live-event broadcaster, with many years’ experience working with the BBC’s Proms. Kriss is committed to the project.  Following filming the concert will be edited for a 1 hour TV show that will be aired by TV Malta. It is also anticipated that the TV recording of the concert, once it has been aired in Malta, will be made available to be shown throughout Europe. Avenues for this are being explored.

It is also intended, to promote awareness of the gallantry awards, that four Video Taped (VT) inserts will be added to the 1 hour TV show.  These will be 3 will be short films about living recipients of the Victoria Cross or George Cross and the final film will be of the island of Malta and its award of the George Cross.  The VT of Malta will use the natural beauty of the island.

Funding is now sought to bring this project to fruition.  This is a unique opportunity to be associated with philanthropy which draws attention to not only to the island of Malta itself but also with the prestige of the VC and GC Association and of the nature of the awards themselves.  These awards are multinational to the extent that they are awarded throughout the Commonwealth.  Her Majesty the Queen is Patron of the VC and GC Association and HRH The Prince of Wales its President, following the establishment of the awards by Queen Victoria and King George VI.

Donations and support will be acknowledged appropriately in the concert material to be agreed on an individual basis.