From half-empty airplanes to constantly changing COVID restrictions, the tourism industry has definitely not had it easy recently.

So considering how dependent on tourism, the Maltese islands are, how can we secure a brighter future for this industry in a strategic way?

On 23rd September, the Malta Business Network will be hosting a webinar at 5pm entitled ‘Rethinking our tourism strategy’. Aside from sharing lessons learned in this past year and a half, the discussion will revolve around identifying new realities which will shape Malta’s tourism strategy for the future.

The webinar will be moderated by Raphael Aloisio, Financial Advisory Leader at Deloitte Malta, with a panel consisting of:

Raphael has been in public practice for over 40 years and has been with Deloitte since 1987. After seven years within Deloitte’s audit function, Raphael assumed responsibility for the firm’s financial and economic advisory arm and has been the main point of contact for the tourism and hospitality sector.

Over the past 20 years, he has been actively involved in IPOs, valuations, mergers and acquisitions, corporate finance and debt restructuring, insolvency/company administration, financial modelling, market intelligence, and economic advisory. 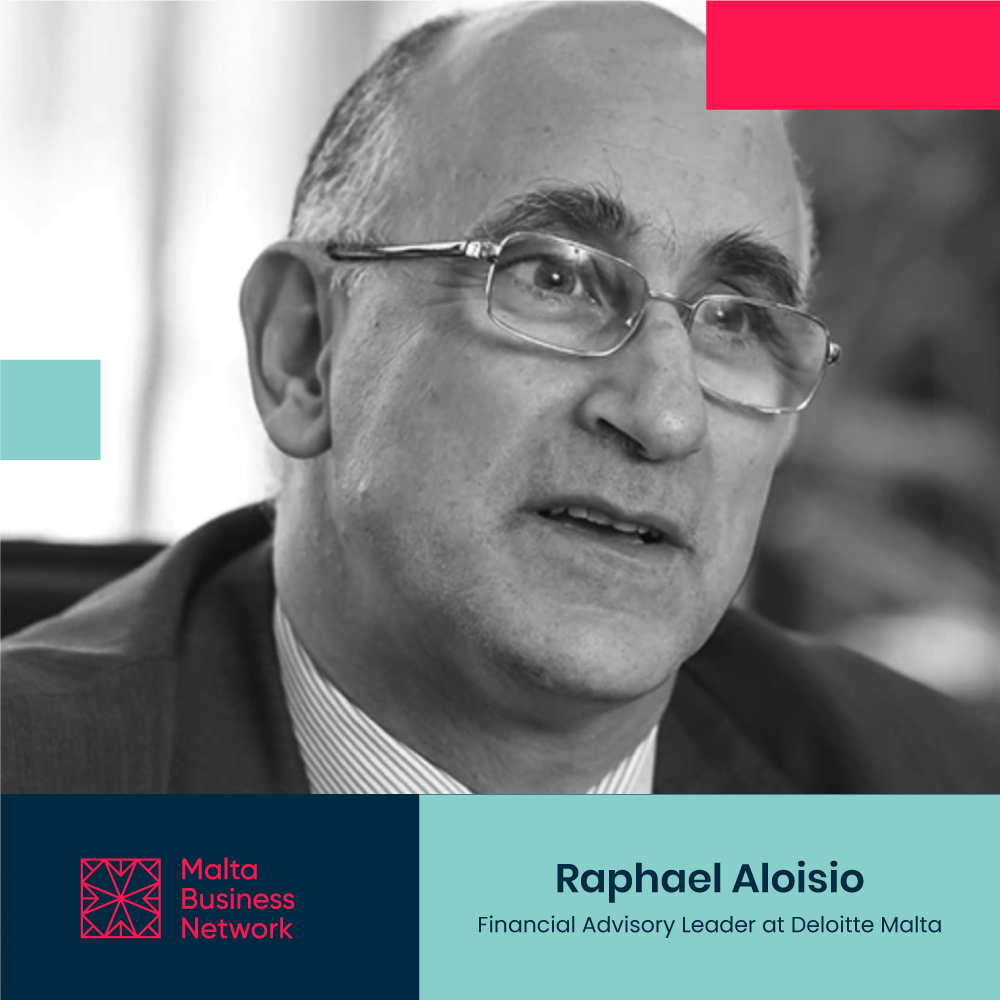 Hon. Clayton Bartolo is Malta’s Minister for Tourism and Consumer Protection. For the past months, he was the Parliamentary Secretary for Financial Services and Digital Economy within the Ministry for Finance. During his 11 month tenure, he got the ball rolling on how Malta can further diversify its economic portfolio by attracting new niches coming from the digital sector. Together with his team, he kickstarted the Government’s vision of a Digital Malta.

Hon. Clayton Bartolo started involving himself in politics at the age of 15. He was also the youngest councillor to ever serve in the Mellieħa Local Council and between 2013 and 2017 he served as the Local Council’s Deputy Mayor.

Nowadays, Hon. Clayton Bartolo is also a member of the Public Accounts Committee and Public Appointments Committee within the House of Representatives.

Hon. Clayton Bartolo is a certified public accountant and auditor by profession. 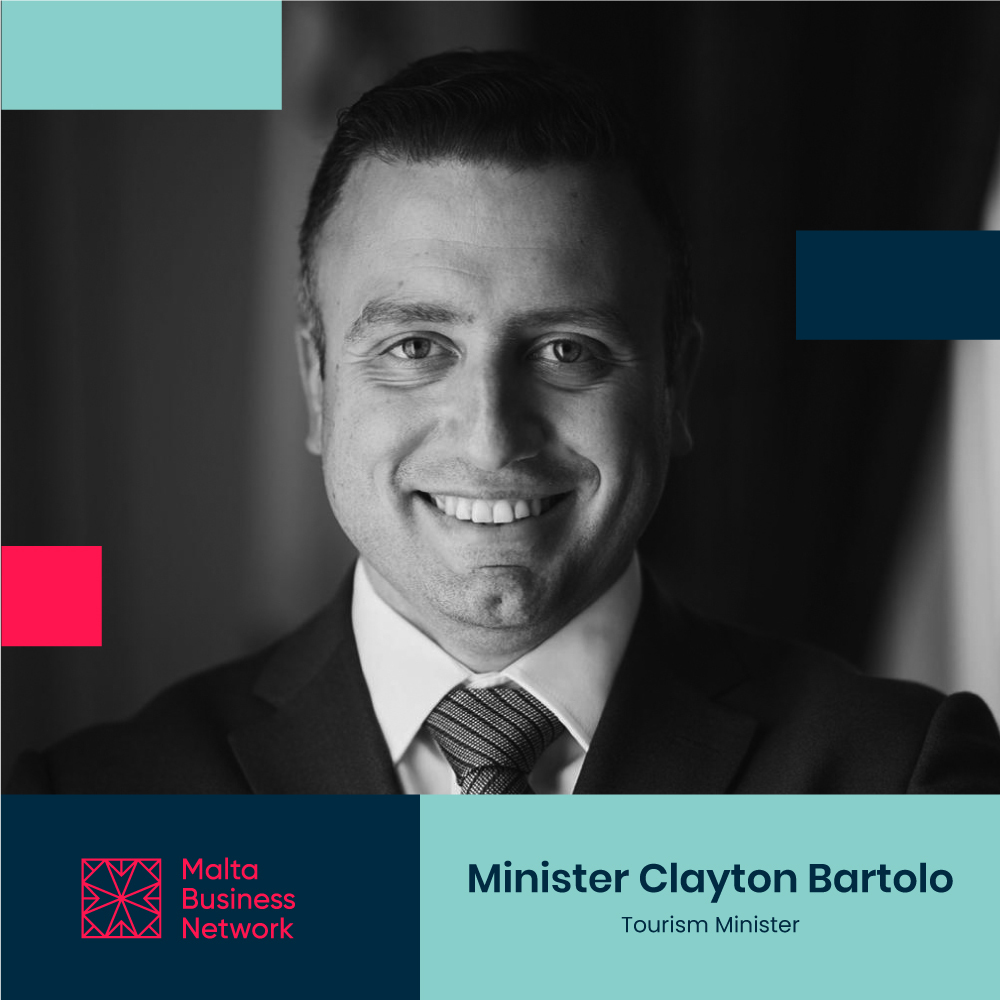 In 1967, I set up the Alpine Holdings Group, From then onwards followed other initiatives leading to the growth and expansion of the Alpine Group which includes, Alpine Sterlng Travel and Europcar (Malta) and investments in other Hospitality related activities. I am the chairman of Bastion Holdings Ltd which owns Fexserv Financial Services Ltd , Fexserv Fund administration, Bastion Wealth, and one4all Gift vouchers and has interests and investments in other financial services organisations. One of the long held investments is Comtec Service Ltd.

During the past 45 years, I held various Government appointments including directorships at The Malta Development Corporation (now Malta Enterprise), Malta International Airport plc and Air Malta plc and chairman of Malta Industrial Parks Ltd. I held office in a number of constituted bodies including as Senior Vice President of the Federation of Industries, Council Member of the Malta Chamber of Commerce, and more recently the Malta Hotels and Restaurants Association, where I held the position of President between 2011 and 2013 and again in 2015 To date. In September 2015 I was appointed as the representative of Malta’s Employer organizations to sit on the EU mandated European Economic and Social Council (EESC). 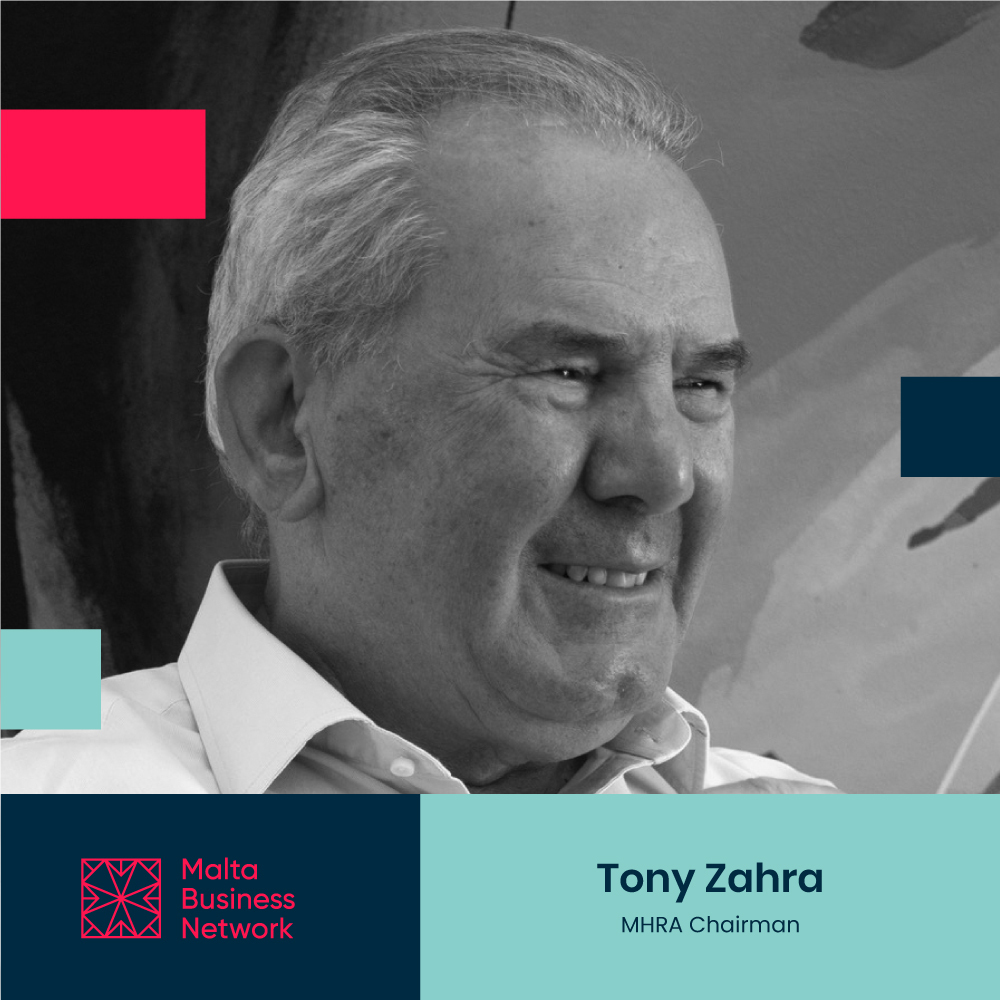 Leslie Vella was born in Floriana, Malta in 1964 and graduated from the University of Malta with a BA (Hons) in Business Management in 1988.

He can boast of a 38 year career in tourism with the Malta Tourism Authority where he has occupied various senior management positions in the organisation and is currently Deputy CEO and Chief Officer Strategic Development.  His major expertise is in the fields of Policy, Strategy, Tourism Research and Planning.

Leslie has also been very active on the international front with a 17-year stint as Chair of the European Travel Commission’s (ETC) Market Intelligence Group between 1997 and 2014 and also served as ETC’s Vice President between 2016 and 2017.  He is currently Malta’s Focal Point to the UNWTO.

In 1999 he co-authored a study on “The Economic Impact of Tourism in Malta”, and in 2015 was the main drafter of Malta’s National Tourism Policy document covering the period 2015-2020.  More recently he drafted Malta’s Tourism Strategy and Recovery Plan for the period 2021-2030.  Amongst his duties at the Malta Tourism Authority, he currently manages the setup responsible for executing Malta’s Airline Route Development Strategy. 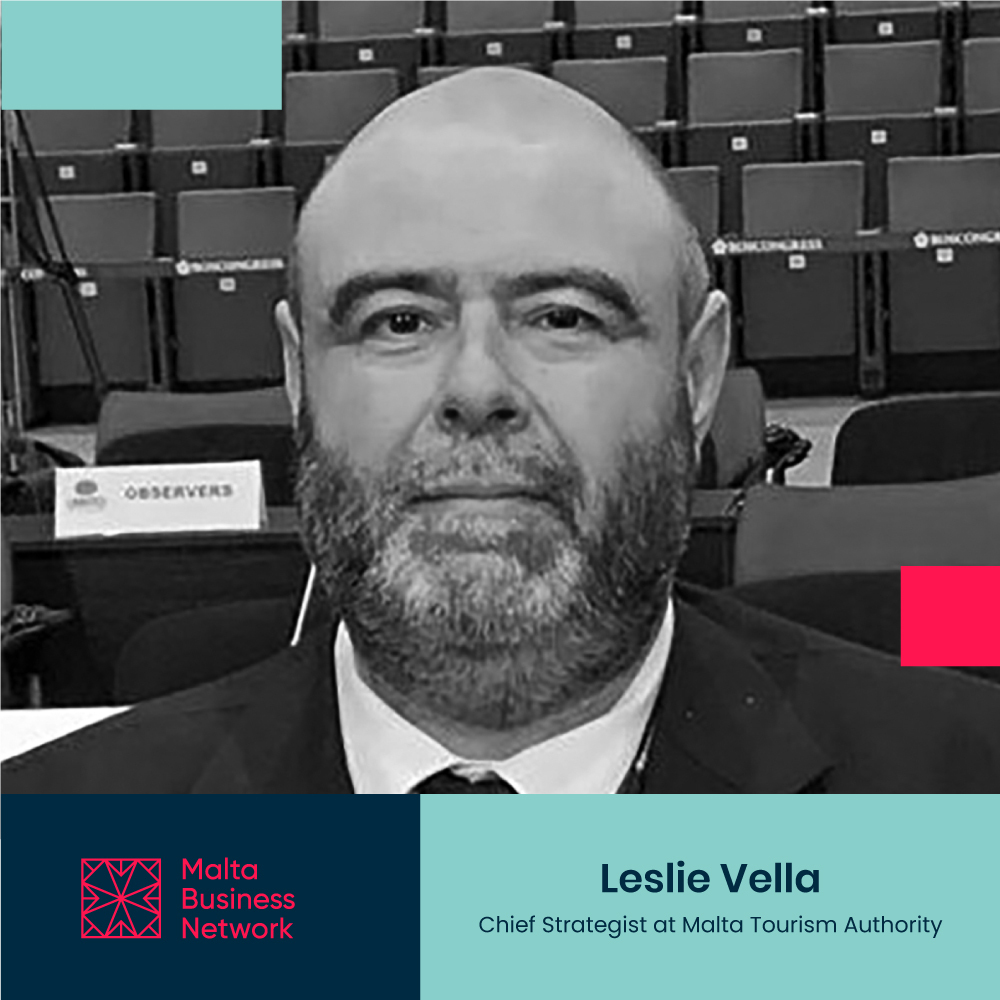 Simon Naudi is CEO of International Hotel Investments plc and its main subsidiary Corinthia Hotels, a global hotel collection. Mr. Naudi joined Corinthia in 1997 and was previously responsible for the Company’s asset management, acquisitions and developments, as well as operations since 2012, conducting business in countries across Europe, the Gulf, North Africa and more recently in the USA. This included the acquisition, development and launch of the flagship Corinthia Hotel & Residences in London, as well as in Brussels, where the Group has recently acquired and is currently re-developing a historic property formerly known as the Grand Hotel Astoria. Other ongoing hotel projects include luxury Corinthia hotels and residences in New York, Rome, Doha, Bucharest and Moscow. 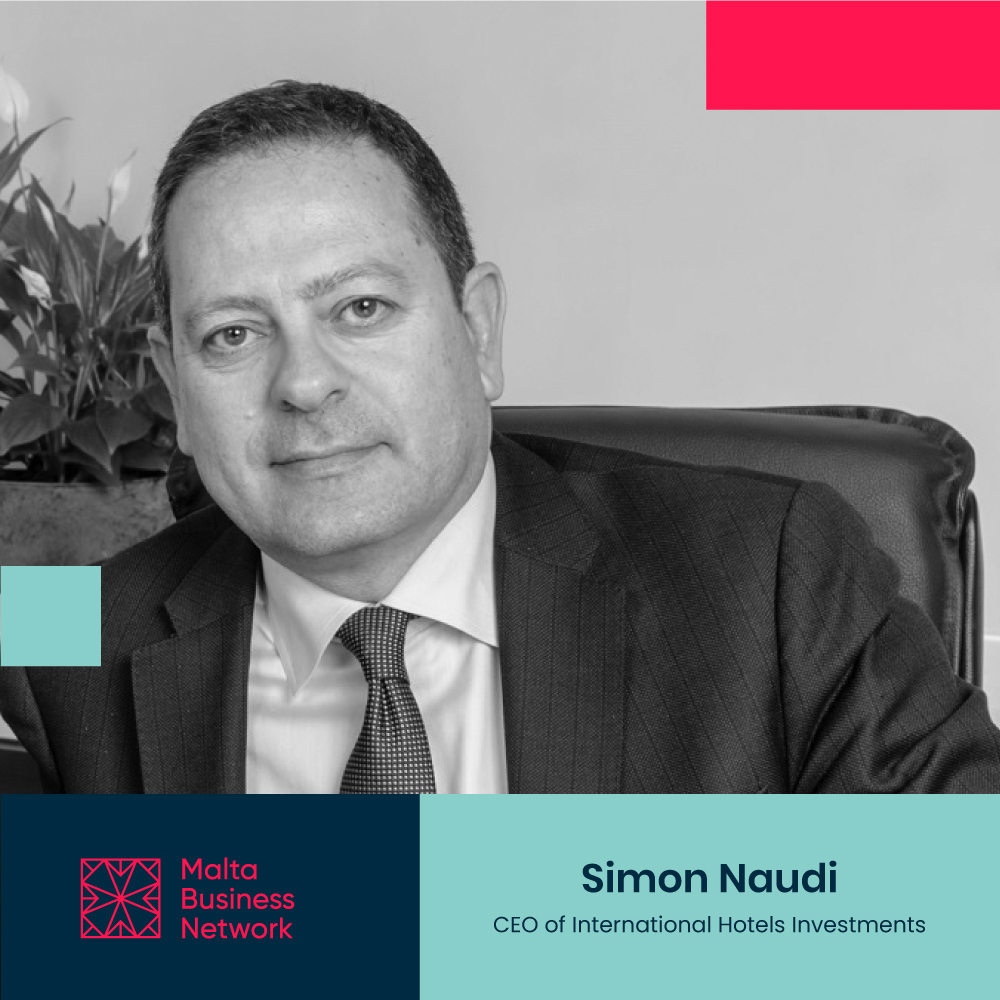