The Malta Business Network Webinar: Malta is open for Startups 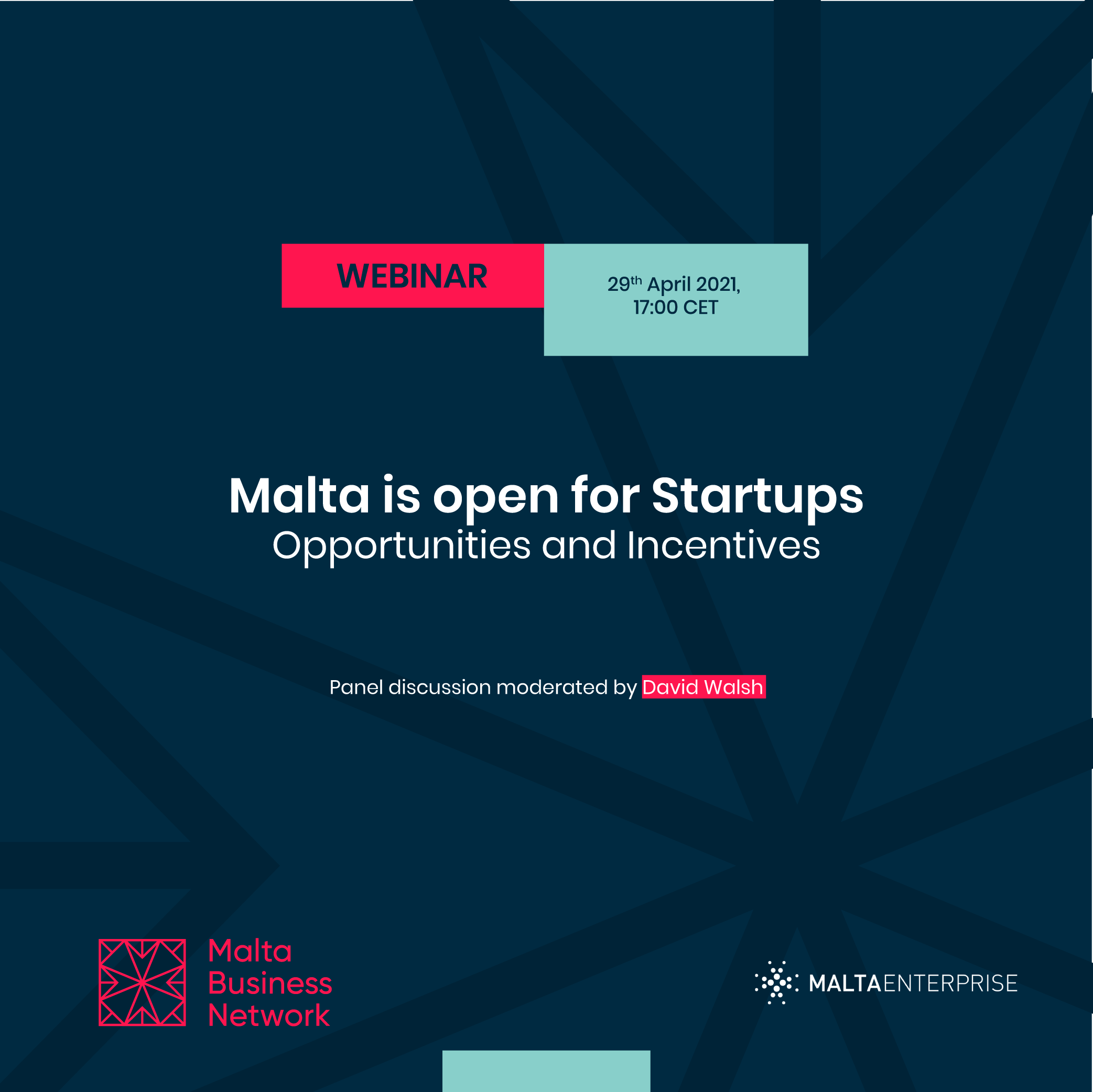 Malta is open to startups and has been attracting innovative businesses from many different fields ranging from artificial intelligence, cybersecurity, and manufacturing to fintech, drones, medtech, and more.

Startinmalta.com is the new portal created and managed by Malta Enterprise, the country’s economic development agency. It provides a national platform to consolidate the startup ecosystem in Malta by bringing together various stakeholders.

On 29th April 2021, we will have a formidable panel to provide us with their insights and experiences of starting and growing innovative startups in Malta:

This is an exceptional opportunity for MBN members and friends to hear first-hand from experts and practitioners whilst learning about these new business and networking opportunities.

David is a highly successful and experienced CEO in the Technology Sector. After an early career in IBM in 1996 David founded Crimsonwing, an international software and services business. Crimsonwing listed in 2008 and was subsequently acquired by KPMG in 2015. David worked as Managing Director in KPMG International until 2019.

David created a solution centre in Malta , helping to initiate Malta as an ICT European hub and which has since attracted over 400 IT related businesses there. In 2010 David was awarded Malta Order of Merit for services to the Maltese economy.

David is also King’s College London’s first Entrepreneur in Residence – helping to advise and mentor 20 selected startups per year in the Accelerator at King’s Entrepreneurial Institute.

David funds the David Walsh scholarships at King’s to recognise personal growth, leadership and the development of team skills in entrepreneurship. 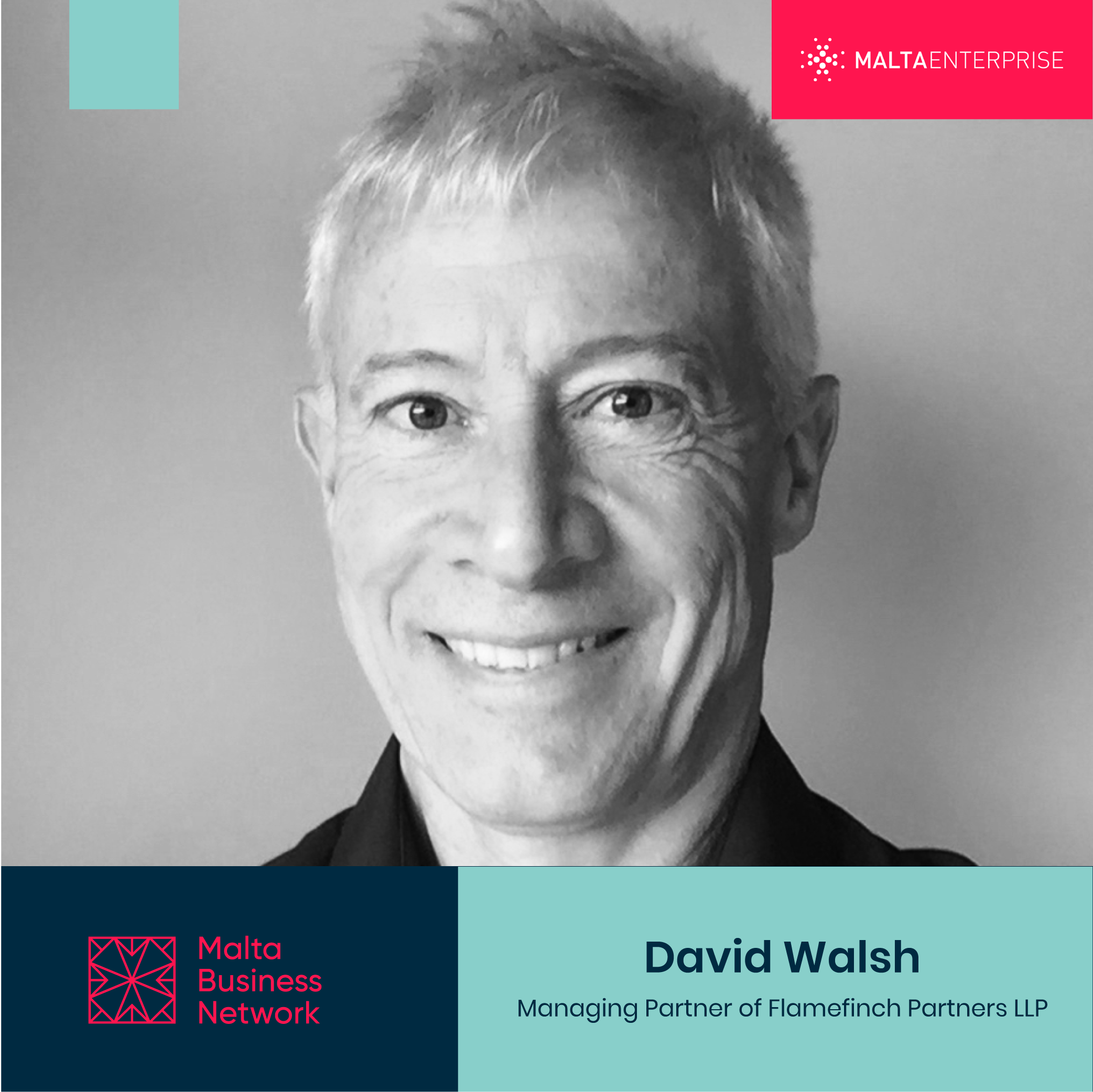 About our Co-Host & Panellist:

Kurt Farrugia was appointed Chief Executive Officer of Malta Enterprise on 1st August 2019. Previously, he served as Head of Government Communication and spokesperson for the Prime Minister between 2013 and 2019.

In August 2017, the Prime Minister appointed Mr Farrugia on the Malta-UK Business Promotion Task Force where he actively contributed on matters related to investment promotion in the UK. In April 2019 he was appointed on the New Economic Niches Committee of Malta Enterprise.

Mr Farrugia formed part of the Task Force organising the Valletta Summit on Migration and the Commonwealth Head of Governments Meeting held in 2015, as well as the Informal European Council during Malta’s Presidency of the Council of the European Union in February 2017. He accompanied the Prime Minister in most of his international engagements at EU level. 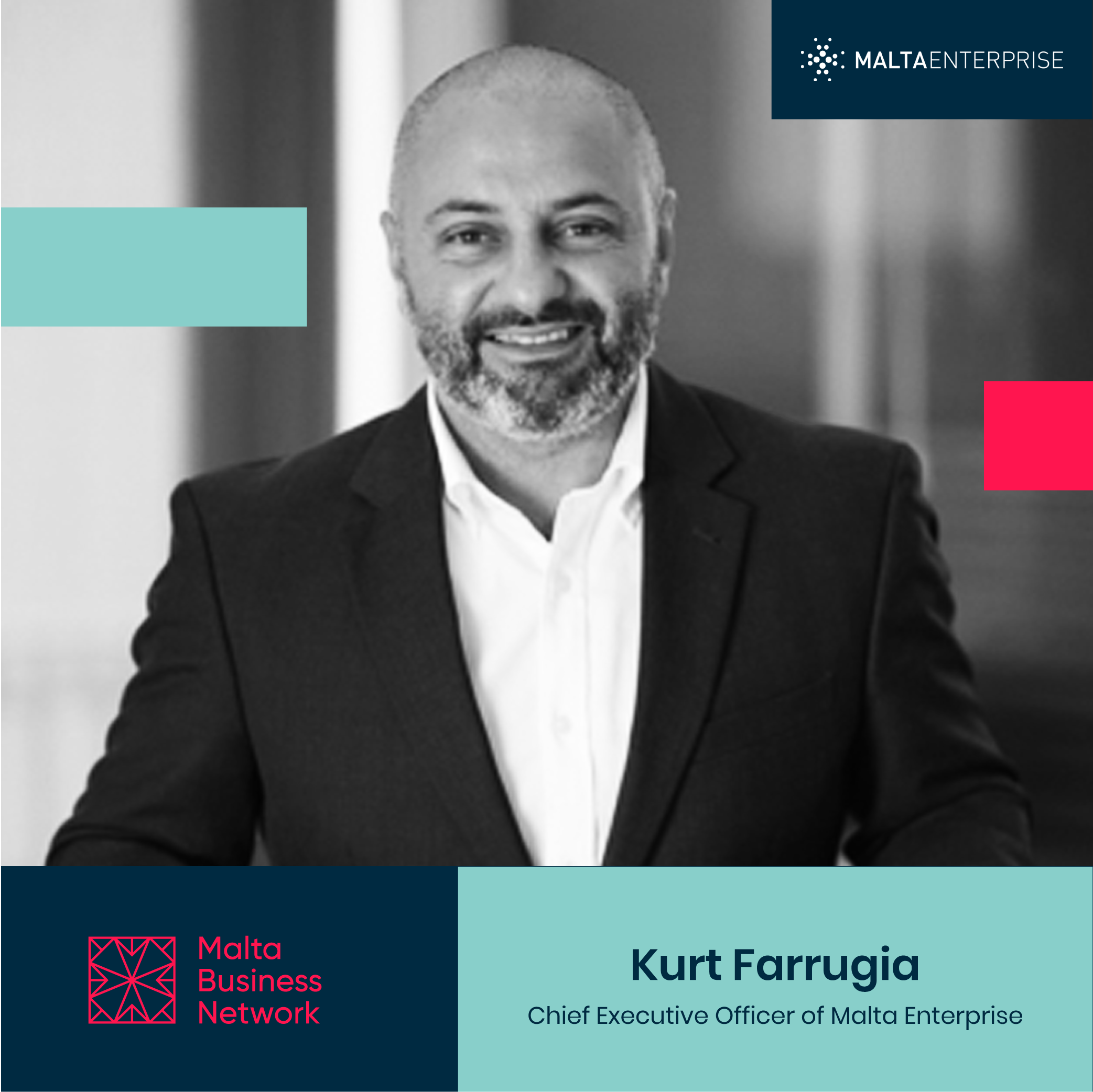 Professor Russell Smith is a Professor in Entrepreneurship and the Director of the Centre for Entrepreneurship and Business Incubation at the University of Malta. For the last twenty years Russell has specialised in the commercialisation of IP arising from academic research and the teaching & development of student entrepreneurship, resulting in the development of the the New Standard Model system of entrepreneurship. In 2012 Her Majesty, The Queen was graciously pleased to approve the Prime Minister’s recommendation that he should receive the Queen’s Award for Enterprise Promotion. 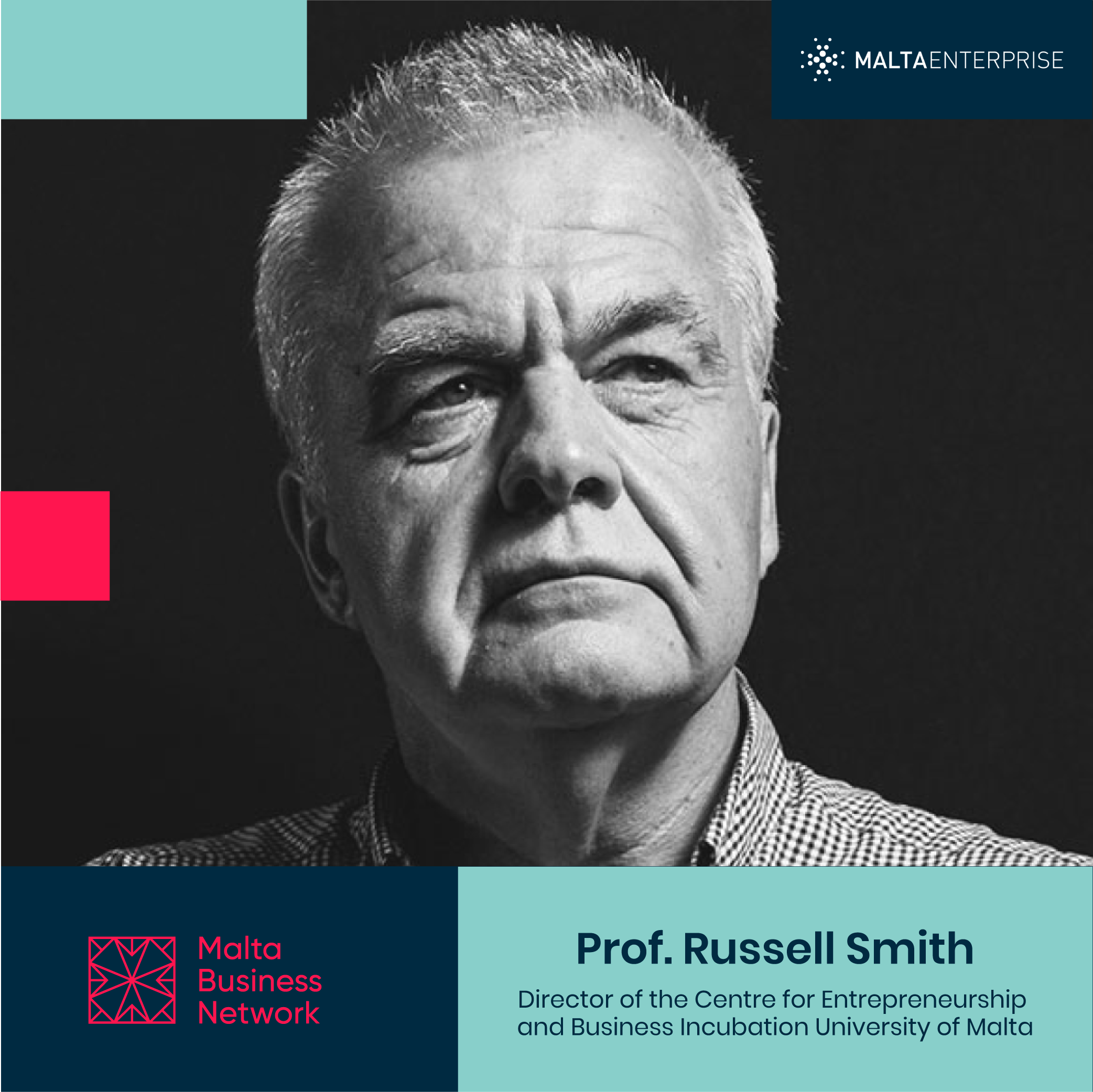 James is the co-founder and CEO of a fintech startup, Fyorin. With all the co-founding team being Maltese, Fyorin is changing the fabric of business banking, on an international level.

Before Fyorin, James spent a decade doing international business, on a B2B level, in the area of sales & marketing and business strategy. He was instrumental in generating millions of euros for the companies which he represented. James has experience working in various industries, ranging from IT software, to Fintech, to iGaming. 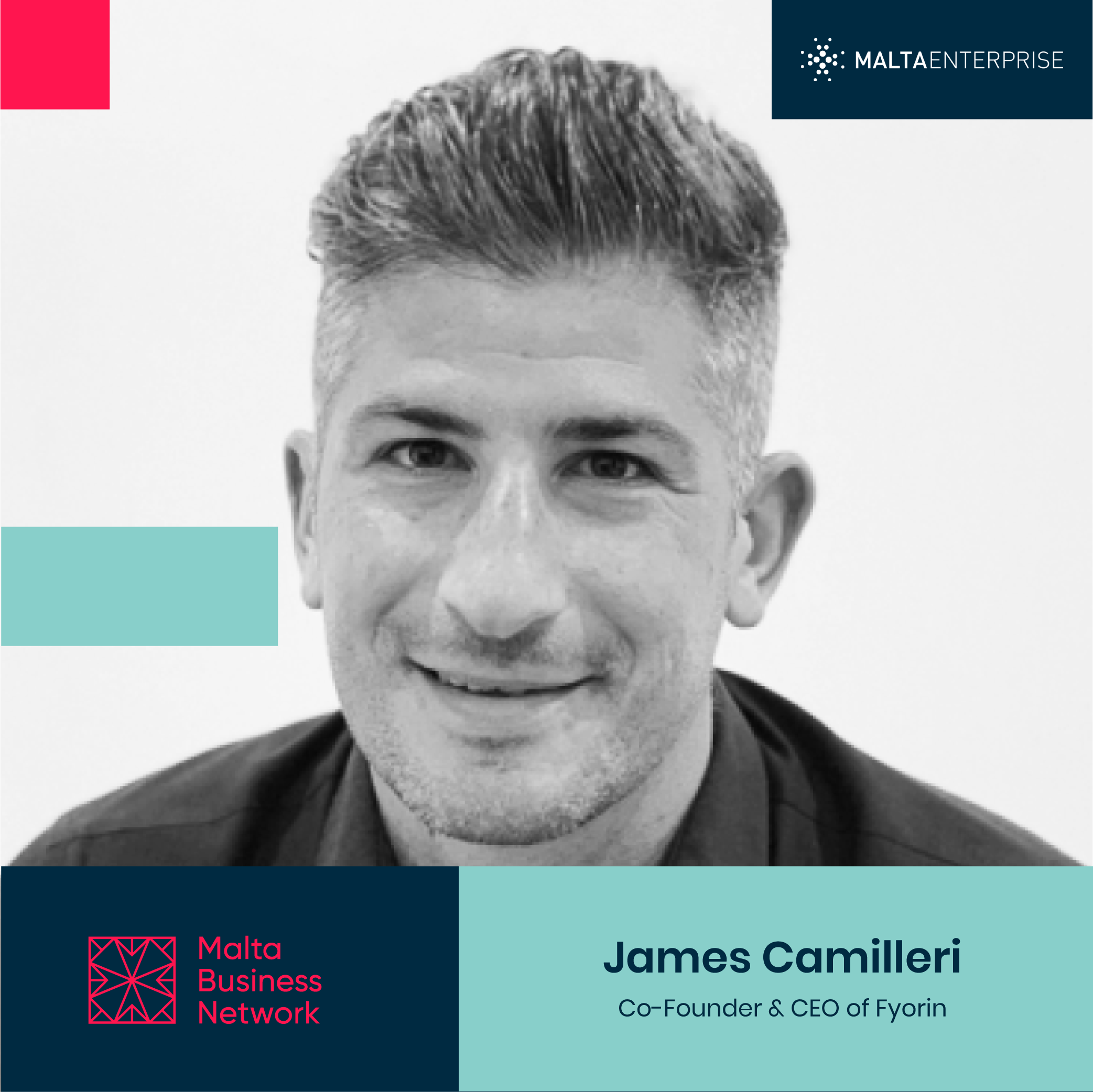