The impact of COVID-19 continues to be felt worldwide economically, and Malta is no exception.

What does Malta’s economic future look like? How long will it take Malta to fully recuperate? And what does this mean for the local and international businesses relying on the island’s economic standing to continue growing, or at least survive?

This was the topic of the Malta Business Network’s next webinar, which was moderated by David Valenzia, Managing Partner of PWC.

The webinar commenced with a presentation by BOV Chairman Dr. Gordon Cordina. 3 experienced panellists then joined in on this virtual discussion:

David Valenzia joined PwC Malta in 1989 after qualifying as a Chartered Accountant in 1987 in London. He became a partner of the firm on 1 January 1998. Over the years, David has been actively involved in PwC Malta’s assurance practice, where, besides being the engagement leader on a number of the firm’s major clients, he has been dealing with well-established Maltese family businesses. He has strong experience in assisting clients with business development projects and on the restructuring of a wide range of organizations. David was elected Territory Senior Partner of the firm on 1 October 2017. 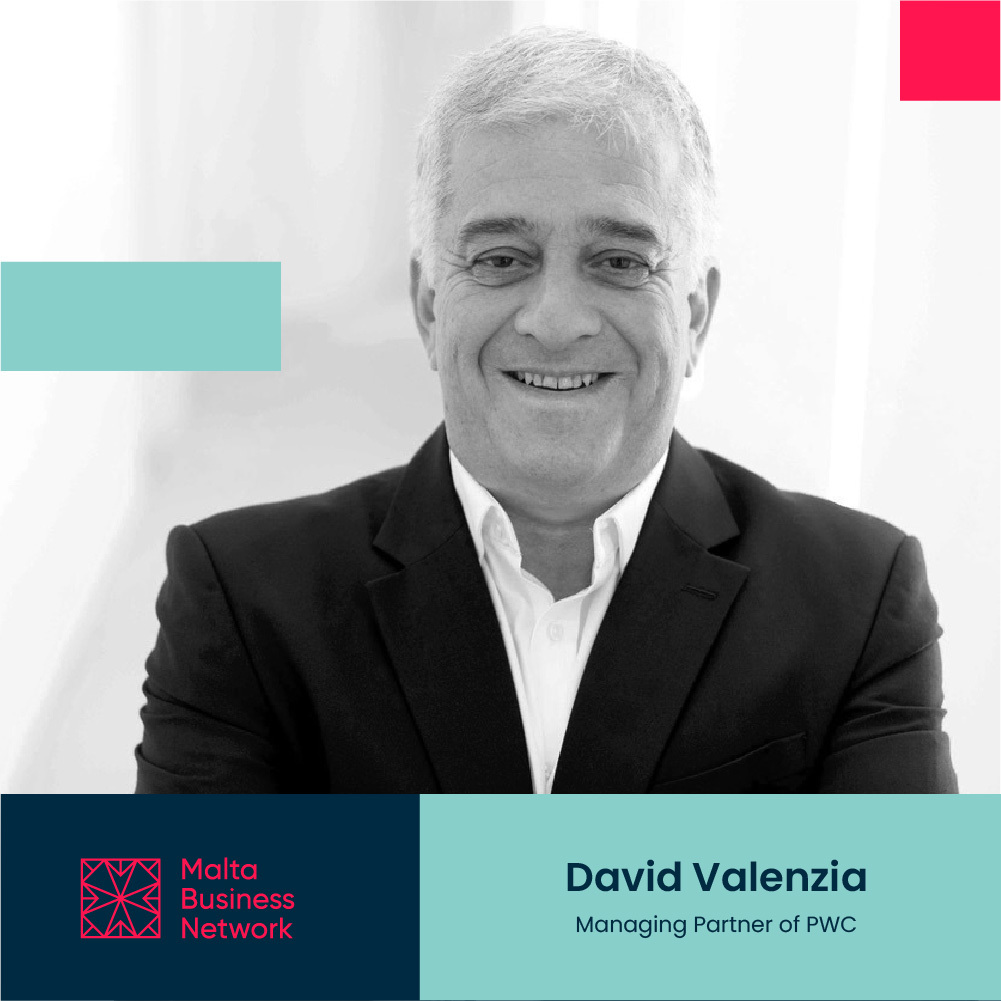 About our Key Speaker

Dr Gordon Cordina is a leading economist in the Maltese Islands, with a professional experience spanning 25 years covering banking, policy-making, academia and private sector consultancy. He is a graduate of the University of Cambridge and the University of Malta. His main area of academic interest is the growth and macroeconomic dynamics facing economies that are prone to heightened risks.

Gordon has several years of Board and Risk Committee experience in major financial institutions in Malta, amongst which at Bank of Valletta. He served as Manager of the Research Department of the Central Bank of Malta, Director General of the National Statistics Office of Malta, Head of the Economics Department of the University of Malta and Economic Advisor to the Malta Council for Economic and Social Development. Through the private consultancy firm he co-founded in 2006, he is involved in a number of local and international research projects and consultancy assignments with institutions including the EU Commission, Government ministries and authorities, NGOs and private sector entities. Gordon is a visiting senior lecturer at the University of Malta. 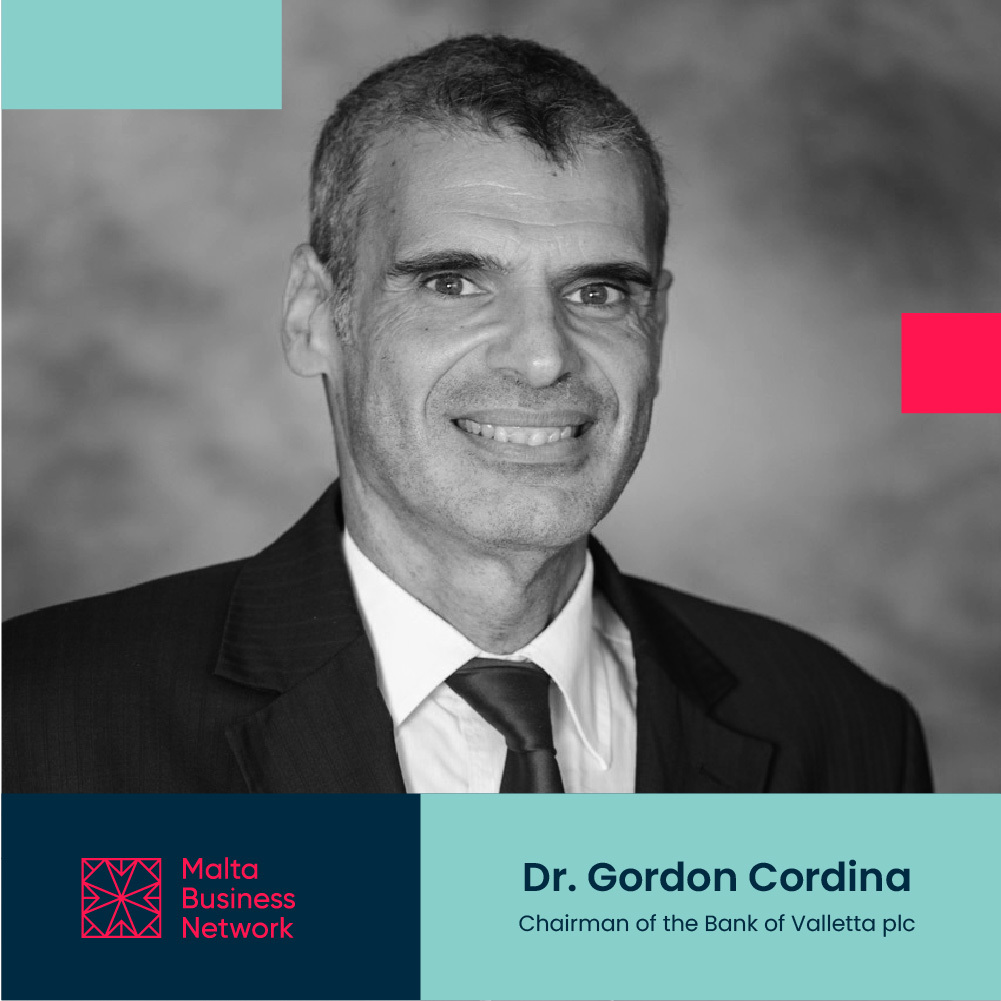 The Minister for Finance and Employment, Clyde Caruana, was appointed Minister in November 2020. An economist by training, has held the position of executive chairman at the State employment agency, Jobsplus, since 2014. More recently had taken up office as Prime Minister’s Chief of Staff.

During his tenure at Jobsplus, as Chairperson, he authored several position documents and policy papers, which have been central to the government’s labour force policy. Additionally, he was the main driver to implement these policies and reforms most notably, related to free childcare, In-work benefits and others.

He had previously worked at the National Statistics Office between 2007 and 2012. Caruana also lectures in Economics, at the Faculty of Economics, Management and Accountancy at the University of Malta

He has written papers and articles on the welfare state and the labour market, as well as related research and consultancy work. 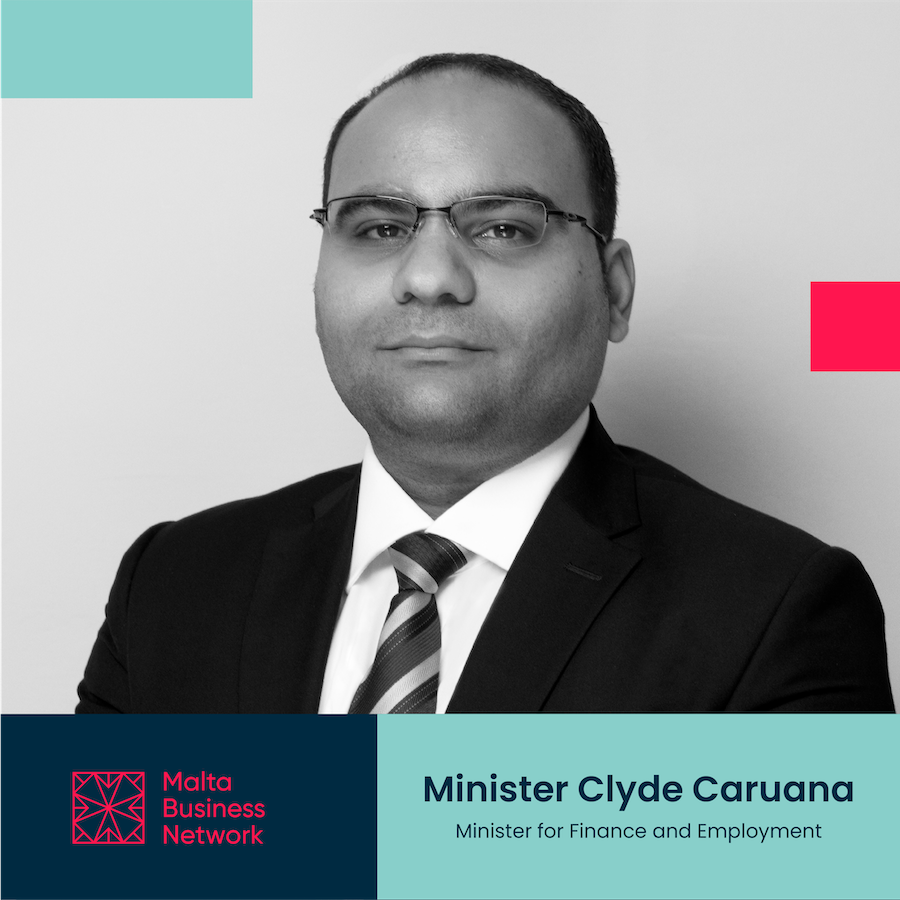 His technical experience varies widely in most areas of design, engineering, and management that has led to current professional interest focus on all to do with sustainable development, resource management, and Climate Change action.

David lectures at the Faculty for the Built Environment of the University of Malta and is a director of the Building Industry Consultative and Executive Councils. He has been elected to the Council of the Malta Chamber of Commerce, Enterprise and Industry since 2009 and has served as President since 2019.  He is a member of the Climate Change Board and is a Trustee of the Conservatorio Vincenzo Bugeja. 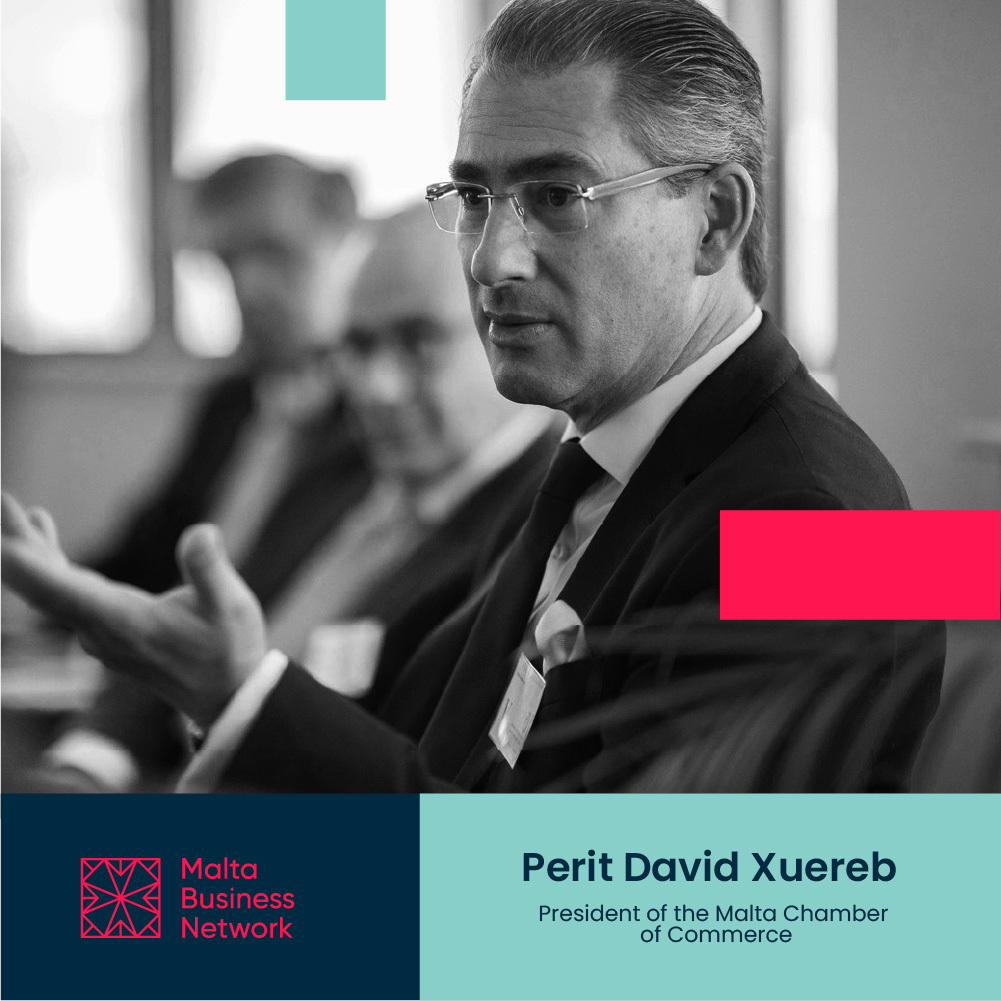 Hon. Mario de Marco, Shadow Minister of Finance, will also be present as one of our key panellists.